Mistletoe is a mysterious plant. It shows up once a year, in December, florists and nurseries selling it in bulk. We pick up a sprig, hang it above a doorway, and voilà– instant Christmas romance! But what are the origins of this seasonal plant associated with smooching? When and why did the Christmas kissing tradition start? Now that we think about it, there are a whole lot of unanswered questions when it comes to mistletoe. Curious gardeners, fear not! The Humble Gardener is demystifying mistletoe with a line-up of fun facts just in time for December 25. 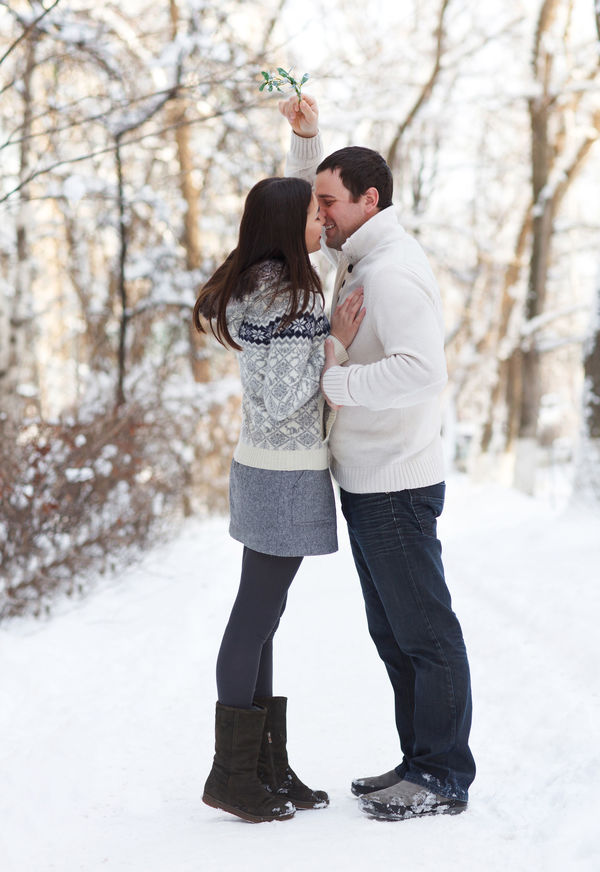 1. Nature’s gift to wildlife. Mistletoe berries provide a protein-rich meal to many kinds of animals. Bees flock to mistletoe for pollen and nectar, and birds stop by to nibble and collect nesting material. Just don’t get tempted into tasting mistletoe yourself– it’s toxic to humans!

2. So many varieties! There are more than 1,300 mistletoe species out there, but American mistletoe is the one we all associate with holiday cheer.

3. Thief of the tree. The scientific name for mistletoe is Phoradendron, which in Greek means “thief of the tree.” Why is mistletoe blamed for stealing? Because it’s known to mooch from host trees, sucking out nutrients and using them to kickstart photosynthesis. In some parts of the world mistletoe is even considered a sort of weed! It’s strong enough to wipe out a host tree or bush by robbing it of all its vital nutrients.

4. Icky name origins. Psst– don’t mention this to your sweetheart as you go in for the kiss. It turns out mistletoe get its name from bird dung. That’s because a primary way this plant has proliferated is through bird droppings. The old Anglo-Saxon word “mistel” means dung, and “tan” means twig. Hence, dung twig!

5. Climate conscious. Mistletoe mainly takes root in tropical and temperate zones. Of the 1,300 species, only two are native to the U.S.: American mistletoe and dwarf mistletoe.

6. Sacred plant. Celtic history tells us the Druids considered mistletoe precious. They coveted it for its supposed medicinal and supernatural powers. Throughout history mistletoe has also been prized as an aphrodisiac and fertility herb.

7. The story behind the smooching. We can trace the custom of kissing under mistletoe back to Norse mythology. Though the exact details of the story vary, the tale relates that the mistletoe plant was initially used as a weapon only to become a symbol of love. Similarly, an old Scandinavian tradition holds that two hunters meeting in the woods and standing under this plant must drop their weapons until the next day. Mistletoe, through the years, became a symbol of peace and eventually romantic love.

8. Forgotten American traditions. Writer Washington Irving recounts the custom of hanging mistletoe in Christmas Eve. He writes, “The mistletoe is still hung up in farm-houses and kitchens at Christmas, and the young men have the privilege of kissing the girls under it, plucking each time a berry from the bush. When the berries are all plucked the privilege ceases.” If you want to get in touch with this antiquated tradition, try pulling off a berry for each kiss under your mistletoe. Or not– mistletoe loses some of its beauty without that extra splash of color from its fruit!